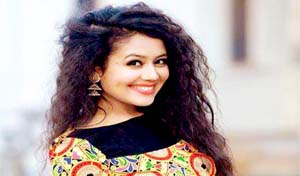 New Delhi, From contestant to becoming judge of 'Indian Idol' season 10, singing sensation Neha Kakkar got nostalgic while talking about the show in which once she was a participant years back, and gave credit to it for shaping her career. Neha, who will be one among the judges in 'Indian Idol' season 10, to be aired on July 7, talking to UNI exclusively, said 'Indian' Idol was her first achievement as it has shaped her career. “Indian Idol was my first achievement. After 'Indian Idol', I started doing shows all over the world. Obviously, my hard work and talent was there but the first who recognised my talent was this show,' she said. One being asked how she feels from being judged to judging in 'Indian Idol', Neha, said she feels like she is living her dream.  'This is no less a dream whatever is happening with me. Whatever songs I am singing are becoming super hit, block-buster hit. The last show (Sa Re Ga Ma Pa Lil Champs) in which I was a judge broke all the records. This show is the biggest achievement of my life, because I started with 'Indian Idol' as a contestant,' she said. 'I am a judge now that too I am sharing the same panel with Anu Malik sir who was my judge when I was the contestant. So I feel like this is not true,it's a dream that is going on. It feels great,' Neha said. Asked on how different is this season from the previous ones, the 'Manali Trance' fame singer said, “ the special thing about this season is that a former contestant is coming as a judge.' 'Contestants who have come in this season have variations in their singing. They all are different kinds of singers. They are very talented and audiences are going to love them,' Neha said. Talking about her criteria of judging, Neha said the basic requirement is that he/she has to be a good singer. 'If they are good performers then it is excellent,' she said.Asked whether it was a challenge for her to judge, Neha said,'No, not at all. It was an achievement.' Talking about the importance of social media for the artists, Neha said,'I love to reply to my fans because I believe it is because of their love and blessings that I am what I am today. For me social media has really changed my life, because I started putting my selfie videos on the social media which became viral in the entire world and there was my face recognition. People started knowing my name. Social media has a great impact.' Talking about the music scenario in the country, Neha said,'I think it is good. There are people who say there are lot of recreated songs being made, where is new music. I have sung plenty number of recreated songs and all of them have done very well. People have liked them. But new music is also underway. I also support new music but I like recreated songs too.' Neha, who has become the voice in every film these days, says the feeling is amazing. 'When I started singing at the age of four, I wanted to sing a song in a movie. I didn't know that every year my four-five songs will come in a movie and that will become superhit. It feels great,' she said. She said she feels happy that she has given her voice to her favourite actresses in the industry. With the advent of monsoon, Sony Entertainment Television turns over a refreshing new chapter of 'Indian Idol - #MausamMusicKa'. The iconic show has been synonymous with a platform that has paved the way for exceptional singing talent. In its 10th season this year, Indian Idol promises nothing but the best and is all set to raise the bar yet again with not just impressive talent but their awe-inspiring stories as well. Taking on the mantle as judges will be renowned singer and music composer Vishal Dadlani; popular singer and youth icon Neha Kakkar and the veteran singer and music director Anu Malik while the most loved Maniesh Paul helms the show as the charming host.