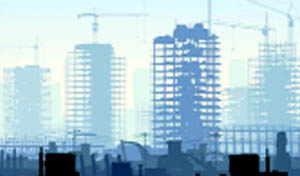 Agencies, Mumbai, India has moved up one place to take up 35th spot on JLL’s Global Real Estate Transparency Index (GRETI) 2018. India has also shown incredible improvement in the latest survey and has emerged as one of the Top Ten countries to registered maximum improvement in transparency in real estate over last two years. The country’s performance over last two cycles of JLL’s GRETI indicates that it has moved by five places since 2014.Compared to similar market sized countries that are also part of the same “semi-transparent” group; India’s marked improvement is unmatched by its peers. Among BRICS Countries both China and South Africa remained on the same rank 33rd and 21st respectively as in 2016 assessment, Brazil slipped to 37th and Russia remained confined to 38th rank. Ramesh Nair, CEO and Country Head, JLL India said, “India’s remarkable improvement in the transparency scores across all markets has started to benefit the nation in the form of increased volumes of international capital being deployed into the country. Improved market fundamentals, policy reforms and liberalisation of FDI into realty sector and retail and strengthening of information in public domain were main influencers, along with digitisation of property records and assigning “industry status” to affordable housing. Tools like “PropTech” and “BlockChain” are becoming integral part of realty sector and use of technology is only going to add transparency in to the sector.” Private equity investments into realty sector is one of the best indicators of the confidence of the investor community and the confidence is closely linked with the transparency of the property markets and improvement in transparency, Mr Nair said. “In India’s case, where the transparency index rank moved up by five places in last two editions of JLL-GRETI, rise in private equity over these years clearly reflects the growing confidence and comfort of the world best and large PE Funds. PE Investment in Indian Realty has grown in every year from USD 2.2 billion in 2014 to USD 4.7 billion in 2015, to USD 6.9 billion in 2016 and it was USD 6.3 billion in 2017.