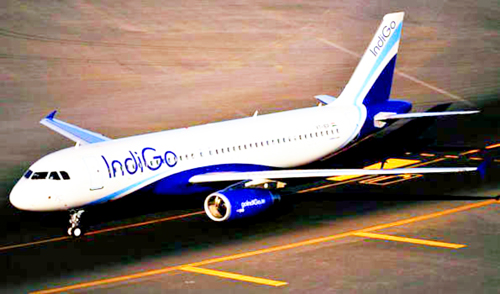 New Delhi, In its endeavour to add to environment friendly initiatives, private airline IndiGo landed its flight under the principle of ‘Dispatch with no destination alternate’. The 6E 303 landed at Hyderabad’s Shamshabad airport from Delhi at 0848 hrs on Monday. In order to showcase the proof of concept, IndiGo planned to operate seven trial flights out of which five have already completed their journey successfully. Current regulations require every flight to plan a destination alternate aerodrome and carry enough fuel to fly to the destination and the alternate. This entails carriage of additional fuel which is not used if there is no diversion from the intended destination to the alternate. The heavier the aircraft, the more the fuel consumption. Under umbrella of environment friendly initiatives, ICAO has recommended a shift from prescriptive regulation to performance-based regulation, meaning that regulator defines the outcome and airline operators define the path to that outcome. Provisions exist in the regulations to dispatch flights without an alternate, without compromising on safety issues. Earlier, an Airbus A320/A321 aircraft from New Delhi – Hyderabad, flying under the principle of ‘Dispatch with no destination alternate’, would save at least 150 kg fuel for each flight planned without a destination alternate.