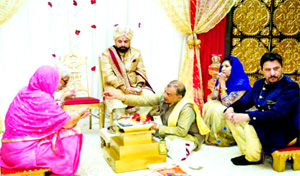 The Chief Minister Mr Kamal Nath Government has launched a new power scheme the Indira Graha Jyoti Yojana and amalgating all other schemes in to it to make a unified one combined yojna to simplify the different procedures and calculations on the basis of BPL-ABPL, SC-ST etc. With Indira Jyoti all prevalent subsides and the Sambal Yojna stand abolished. As a basic and basis point of the Indira Jyoti the Government has decided to provide electricity at one rupee per unit to domestic consumers using upto 100 units every month only on Rs. 100 bill. Those who will consume upto 150 unit of the every per month under this schemeing will get only Rs. 100 upto 100 units and rest will be charged on usual power rates. It will benefit more than one lakh domestic consumers and state will incur expenditure of Rs. 2666 crore. This scheme is a incentive also to the people to use minimum and save the power to take advantage of government rate relief upto 100 and 150 consumption of the electricity. The new rates will be Rs. 4.5 upto 50 unit, Rs. 4.95 from 51 to 150 units, Rs. 6.30 from 151 to 300 units and Rs. 6.50 above 300 units. Indira Jyoti, is big step towards rationalization and simplification of various categories and system in the power distribution. During the BJP rule the former Chief Minister Mr Shivraj Singh Chouhan announced that the State had become self sufficient and surplus in power generation. With the change of government and in taking over by the Congress Chief Minister Mr Kamal Nath within short time there were many complaints of severe cut in power supply in the state. He promptly took very strict action and set the things right within short time. The Government also termed it is not a real power cut was political mischief by opponents. The power generation and distribution position in the State is comfortable. The biggest problem of the power sector all over the country is the same- the huge theft of power. It is estimated that half of the power generation go into theft. It is very serious national loss. The ordinary consumers commit theft with direct wire link with over lead wire or magnetic tempering of the power meters. But the big theft is committed by the bulk consumers with active help and sharing the booty by top officials of the power sector with the bulk consumers. The power is not only required by household, agriculture, industries etc. but all the sectors of the society in each step. The power termed as “comprehensive development”. Mr Shivraj Singh Chouhan was from agro background and Mr Kamal Nath is from industrial sector. In his tensure the state will make rapid studies in the industrial development and the power is the basic requirement. He may able to formulate such a scheme that will eliminate the power theft in the state and will give lead to nation in controlling power theft.