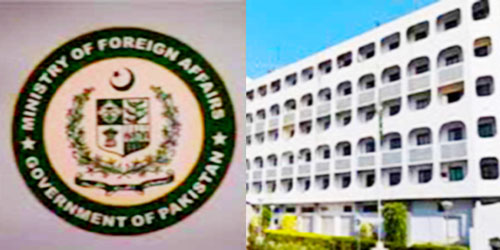 Islamabad, Ahead of Pakistan Prime Minister Imran Khan's historic visit to Iran on April 21, Pakistan on Saturday lodged a protest with Iran for not taking any action against the terrorist group involved in killing of 14 passengers who were forcibly offloaded from their bus and shot dead on the Makran Coastal Highway in Ormara, Balochistan on April 18. According to the letter sent by the the foreign office of Pakistan to the Iranian Embassy in Islamabad " 15-20 terrorists who camouflaged themselves in Frontier Corps (FC) uniform barricaded the road and stopped 3-4 buses traveling from Ormara to Gwadar on the coastal highway at Buzi Top in the dawn of April 18 and on the identification of the passengers, shot dead 14 personnel belonging to the armed forces of Pakistan. BRAS which is the alliance of three Baloch terrorist organisations have claimed responsibility for this terrorist act,” the letter stated. “After the incident, the terrorists who arrived from border region returned to that area,” it added. The letter said that Pakistan “has repeatedly shared intelligence about these activities”, but not action has been taken by Iran, Pakistan's SAMAA TV reported. “The information about the hubs of these Baloch terrorist organisations in Iran, having training camps and logistics bases across the border, was shared with Iranian intelligence in the recent past, and on a number of occasions earlier,” the letter read. It said that the killing of 14 innocent Pakistanis by terrorists groups based in Iran is a “very serious” incident that Pakistan protests strongly. Iran Foreign Minister Javed Zarif condemned the terror attack in Pakistan in a tweet Friday night " Strongly condemning the recent terrorist attack in Pakistan, just as PM @ImranKhanPTI embarks on his first, historic visit to Iran.Terrorists, extremists & their sponsors are terrified by close relations between Muslim states.Iran stands with the people & govt. of Pakistan". He assured of support to the Pakistan government.Prime Minister Imran Khan will pay a two-day official visit to Iran on Sunday. The Pakistani leader is undertaking the visit on the invitation of Iranian President Hassan Rouhani.This will be the premier’s first visit to Iran. On Thursday, unidentified assailants stopped a bus on the Makran Coastal Highway in Ormara, forcibly offloaded 14 passengers after picking them with the help of their National Identity Cards (NICs) and shot them.