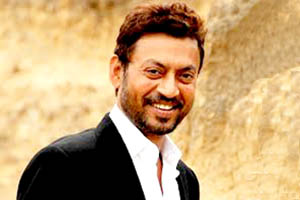 New Delhi, Bollywood actor Irrfan Khan will be attending the 15th edition of India Conference at Harvard University that will be held in Boston this month, trade sources said on Thursday. It is organised by students of Harvard Business School (HBS) and Harvard Kennedy School (HKS). The theme of the conference shall be centred on ‘Disruptive Innovation in India’. 'Irrfan is known for his unconventional choices of films like 'Hindi Medium', 'The Lunchbox', 'Paan Singh Tomar' among others. With the entry in Bollywood, Irrfan has disrupted many conventional paths. The actor also won the 'Best Actor' award this year. Due to these reasons he is being considered as an apt speaker for the conference,' sources said. In the past, HBS has hosted Amartya Sen, Omar Abdullah, Chanda Kochhar, Azim Premji, Shashi Tharoor, P Chidambaram, Manish Malhotra, Karan Johar, Rajat Sharma, Vinod Rai and Navin Jindal. On the film front, Irrfan will reunite with 'Piku' co-star Deepika Padukone in the upcoming Honey Trehan directorial. He will also be seen in Ronnie Screwvala’s production 'Karwaan'.