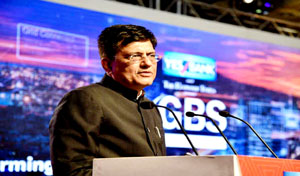 Dhaka,  External Affairs Minister S Jaishankar arrives here this evening on a three-day visit during which he will have talks with Foreign Minister A K Abdul Momen and call on Prime Minister Sheikh Hasina.  According to the Bangladesh foreign ministry, Jaishankar will hold bilateral talks with his Bangladesh counterpart at the State Guest House Jamuna on Tuesday. Jaishankar would then see Sheikh Hasina. The dates for her India visit in October will be finalised during Jaishankar's visit.  The agenda of Hasina's visit will include discussion on all the bilateral, regional and international issues, with a greater focus on the issue of sharing water from 54 transboundary rivers between the neighbours, according to Bangladesh media. Earlier during the day, Jaishankar will visit the Bangabandhu Museum on Dhanmondi to pay respect to Father of the Nation Bangabandhu Sheikh Mujibur Rahman. It is Jaishankar’s first Bangladesh visit after taking oath of office as External Affairs Minister in Prime Minister Narendra Modi’s cabinet in May.