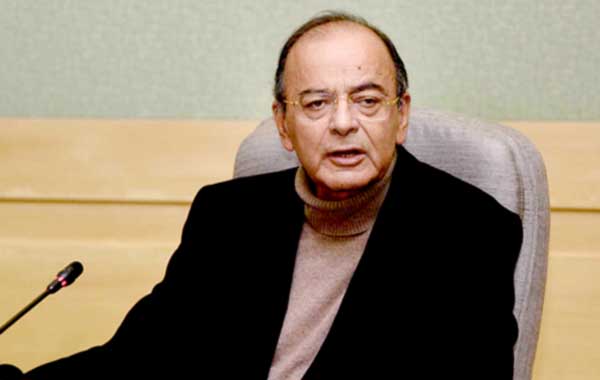 New Delhi, Finance Minister Arun Jaitley on Friday lambasted the Congress party for 'targeting' the chief of Air Force Air Chief Marshal B S Dhanoa and suggested that the grand old party needs to 'mature'. ".... by targeting the Chief of a Service in a political debate, the Congress Party has broken a long-standing unwritten rule of Indian politics. We keep our forces out of political discourse.....After having ruled this country for decades, the grand old party needs to mature," Mr Jaitley wrote in a blog posted on Facebook. He said the Indian military is a "professional one and subject to a civilian authority". "Unlike our western neighbour, it is non-political and non-partisan. We owe it to our armed forces the gratitude of having successfully defended this nation," he said. The remarks came in the wake of attack on Air Force chief by senior Congress leader M Veerappa Moily. "The Congress spokespersons are criticising the Chief of the Indian Air Force for having stated that the Air Force urgently needs the Rafale to improve its combat ability. It is the Indian Air Force and its Chief who are the most competent persons to comment on it," he said. "The Air Force was involved in the selection of Rafale when UPA was in power, as also when the NDA is in power," said Mr Jaitley, who has held the charge of Defence portfolio in two brief spells. "The aircraft with its weaponry is needed to maintain the combat ability of our forces," he said. The Finance Minister also slammed the Congress for raking up the 'snooping on computers' row. "Since morning an ill-informed campaign that Government has allowed snooping on computers and is violating the Right of Privacy has been carried out. The Congress Party has got into the habit of speaking out first and understanding the issue only subsequently," he wrote. Earlier in the day when the issue was raised in Rajya Sabha by Congress, Mr Jaitley dismissed saying 'The Opposition members were making a mountain where a molehill doesn’t exist' and that the Ministry of Home Affairs order came in tune with the law enacted by the UPA regime in 2009. Mr Jaitley further wrote: "In fact, during UPA-II in a detailed debate in Parliament relating to a corporate lobbyist, the then Home Minister P Chidambaram strongly defended this power of interception being given to taxation authorities". "But the Congress talks first and thinks later. There is no general snooping order. The power to intercept in the interest of national security and public order already exists in law. This is only an order as to who are the authorised agencies. It is only in cases mentioned in Section 69 of the IT Act," he said.