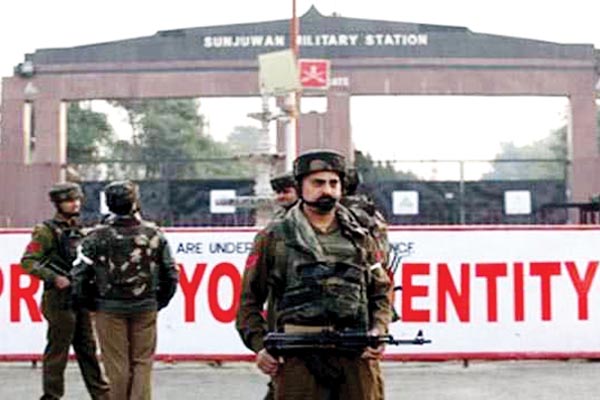 Jammu, In a more that 24-hour-long gun-battle, so far six people, including five soldiers, have been martyred, 11 people injured while four terrorists neutralised here. A group of Jaish-e-Mohammad terrorists on Saturday morning attacked the Sunjuwan Brigade of Army here on city outskirts, which triggered the encounter."So far five soldiers have been martyred and a civilian had died while 11 others injured," police sources here said. They said that four of the terrorists have been killed, adding that the operation is still in progress."The area is cordoned as presence of one more terrorist cannot be ruled out," said the police sources.The 11 injured included a Lt Col and a Major.However, details are awaited, they said.