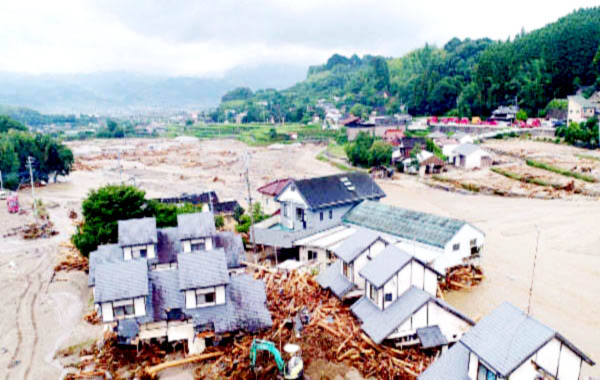 Tokyo, At least 126 people are now known to have died in floods and landslides triggered by torrential rain in western Japan, says the government, a BBC News report said on Tuesday. It is the highest death toll caused by rainfall that Japan has seen in more than three decades.Rescuers are now digging through mud and rubble in a race to find survivors, as dozens are still missing.About two million people have been evacuated from the region after rivers burst their banks. Prime Minister Shinzo Abe has also cancelled an overseas trip to deal with the flood crisis.Flood warnings are still in effect for some of the worst hit areas, including Okayama prefecture.But more settled weather is expected over the next few days which is likely to help with rescue efforts.