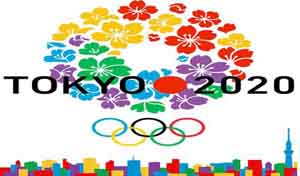 Tokyo, Meet the new Olympic and Paralympic mascots that the Tokyo 2020 organisers hope will whip up enthusiasm for the Games – and drive merchandise sales. One has an athletic figure and a strong sense of justice. The other is a cherry blossom-inspired superhero, a report in The Guardian said on Wednesday. All up, 2,042 individuals and groups submitted designs that they hoped would capture the public’s affection. Experts whittled the list down to three design pairs, which were then opened up for voting by millions of school students across Japan. Nearly 600 cheering schoolchildren attended a ceremony in Tokyo’s Shinagawa ward on Wednesday to hear the results of that vote. The winning Olympic and Paralympic mascots have not yet been given names, but they are said to “respect each other” and are “very good friends”. With a futuristic blue and white chequered pattern, the Olympic mascot is described as having a special power allowing it to move anywhere instantaneously. “The mascot has a strong sense of justice and is very athletic,” the biographical notes said. The Paralympic mascot features a pink and white design inspired by cherry blossom flowers, and it can apparently move things just by looking at them. “It has a dignified inner strength and a kind heart that loves nature,” according to the description. The winning designer, Ryo Taniguchi, is an illustrator from Fukuoka in southern Japan. “I’m just so spaced out at the moment,” he said when the decision was announced. “I just want to tell my beloved wife that I’ve been chosen.” The selection of mascots had attracted wide publicity across Japan. Some 200,000 classes at 16,000 schools took part in selection process.Mascots are big business in Japan, with many towns and companies trying to come up with distinctive design to promote their region or product. Staffers wearing big cuddly costumes often turn up at trade and food festivals to meet and greet visitors – and hand out business cards. The best-known mascots can drive sales. Sales of food and toy products bearing the image of Kumamon, ubiquitous black bear from Kumamoto region, hit a record 128 billion yen (£859 million) in 2016. The organisers presumably hope that the mascots will have a more successful reception than original Tokyo 2020 logo unveiled in 2015. The design had to be replaced after accusations of plagiarism.