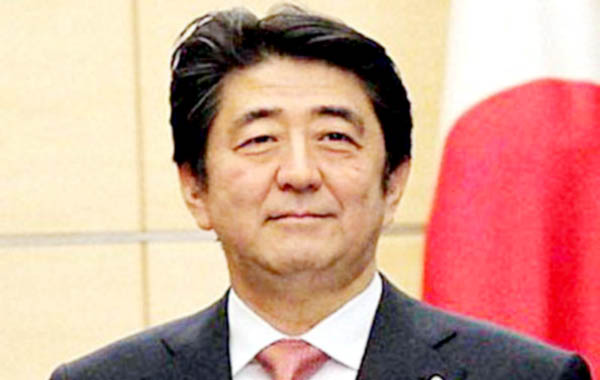 New Delhi, Japanese Prime Minister Shinzo Abe has offered his Government’s support to the Swachh Bharat Mission. Mr Abe, in a written message, said, 'Japan will cooperate with India, which promotes the Clean India initiative under Prime Minister Narendra Modi’s leadership.' He further underscored Japan’s commitment to realize healthy societies in Asia and congratulated India on the success of the Mahatma Gandhi International Sanitation Convention, an official statement said here. “Securing clean water and improving sanitary conditions is a common challenge in the world. We hope for the further progress of each country’s efforts to address the challenge through active discussions at this convention (MGISC),” Mr Abe said. The Mahatma Gandhi International Sanitation Convention (MGISC) was a four-day international conference that brought together Sanitation Ministers and other leaders in WASH (Water, Sanitation and Hygiene) from around the world. A host of national and international dignitaries attended the event, which was inaugurated by President and addressed by Vice President. The Convention culminated on October 2, 2018, Gandhi Jayanti, which was also celebrated as the Swachh Bharat Diwas. Mr Modi and United Nations Secretary General António Guterres addressed the concluding function.