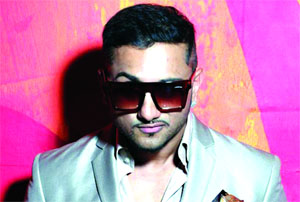 Agencies, Bengaluru Girish Karnad, the Renowned writer, actor, movie director and the recipient of Jnanpith award for Kannada, the highest literary honour conferred in the country, passed away on Monday morning. His last rites will be conducted this evening. The family members of the deceased, who had confirmed the demise of Karanth, had informed that the last rites of Karnad will be conducted without following any rituals, and the mortal remains of Karnad will be cremated at Electric Crematorium in Bengaluru. The Family members, had also appealed the dignitaries and friends of Karnad to pay their respect at the Kalpalli electric crematorium itself located in the city. It may be recalled that Karnad had breathed his last at his residence located at Lavelle road, here. He left behind his son, a daughter and wife. Girish Karnad, a multi-faced personality, made his mark as India’s one of the greatest playwriter, renowned Actor, Cinema Director, and his play ‘Tughlaq’ had created a history in the Theatre world in not only in India but also abroad. His other playwrights which hit the hearts of the Theatre lovers are Anjuvadana, Agni, Hittina Hunja, Male and worked as a bridge between the Cinema as well as the Theatre world in the country. Girish Karnad, recipient of various awards and honors for his works both in Literature, Cinema and Theatre, also a great actor and acted in many films including 'Samskara', 'Vamsha Vriksha', 'Kaanuru Heggaditi', 'Anveshane' (All Kannada), 'Nishanth' (Hindi) and the recent one, 'Tiger Zinda Hai' featuring Salman Khan. Karnad’s all-time playwright Tughlaq had played in almost all languages in India and also in foreign languages. Former Prime Minister H D Deve Gowda, Chief minister H D Kumaraswamy, writers, Chandrashekhar Patil, Dodda Rangegowdani had condoled the demise of Karanth, a towering personality in the world of the Indian Literature, Cinema, Theatre and Phylosophy.