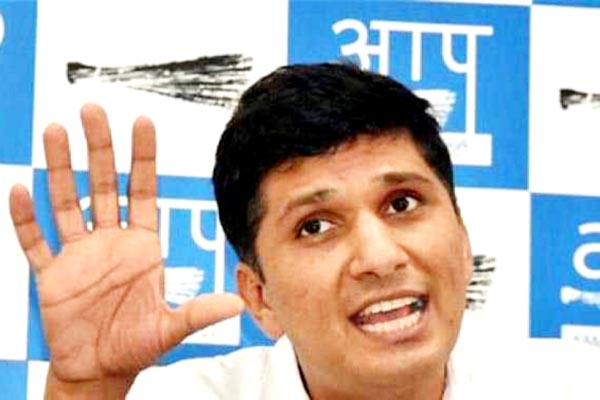 New Delhi, Aam Aadmi Party (AAP) MLA Saurabh Bharadwaj on Friday requested Lt Governor Anil Baijal to direct the Delhi Police to register an FIR against the lawyer of JNU Professor Atul Johri for allegedly revealing the names of victims related to the molestation case of his client. “LG Sir, Pleases direct Delhi Police to register FIR against this advocate (of Prof Johri) for revealing the names of victims of molestation in JNU case,” the AAP leader said in a tweet. Mr Bharadwaj's appeal to the LG comes after former vice-president of Jawaharlal Nehru University Students Union (JNUSU), Shehla Rashid alleged that the lawyer of the accused Professor has revealed the names of the complainants during a debate on a news channel. It may be noted that the Delhi Assembly on Wednesday passed a resolution in which it urged the state Government to extend assistance to victims in the alleged molestation by the professor. The resolution was moved by Mr Bharadwaj in the House. The accused professor was arrested on Tuesday by Delhi Police, but was granted bail a Court here later. He was held on charges of sexual harassment after students lodged complaints against him at Vasant Kunj Police Station on Thursday night.