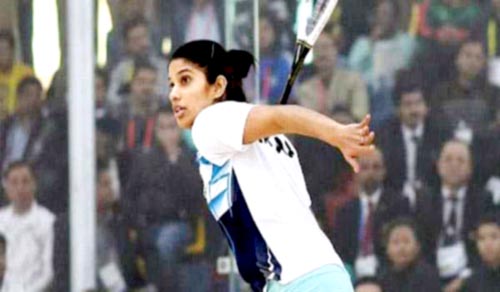 Jakarta, Joshna Chinappa waged a grim battle to stun eight-time world champion Nicol David while Dipika Pallikal overwhelmed Low Wee Wern as the Indian women squash team shocked defending champions Malaysia 2-0 to storm into finals of Asian Games final here on Friday. In the finals India swill face Hong Kong who beat Japan 2-0 in other semi final. In a see saw battle World number 16, Chinappa led 2-0 at one stage but Nicol David rallied back to make it 2-2 and in the bitterly contested decider the Indian held her nerve to put it across her famed rival to win the match 12-10, 11-9, 6-11, 10-12, 11-9. Dipika Pallikal faced no such resistance and over whelmed Low Wee Wern 11-2, 11-9, 11-7 to wrap up the tie and in the process made India strong contender for the Gold. Nicol offered no excuses for her defeat and straightaway praised the Indian. “Joshna played really. It was a very good match and I could not play my A game,” A visibly thrilled Joshna also complimented her rivall, “ Nicol is such a champion. She always plays a fair game and today was no different. Really happy to have come through.” Joshna, who had lost to arch rival Annie Au in the final pool match against Hong Kong yesterday and that resulted India losing the tie 1-2. Put that defeat behind her and gave her best against Nicol who is also a five-time Asiad singles gold medallist. The Indian had beaten Nicol on the PSA tour in April and that fact put her in positive frame of mind. The match turned out to be a roller coaster, involving long gruelling rallies. Joshna looked like sealing the match when she was l on 10-9 in the fourth game but David fought back to take the next three points, levelling the opening singles at 2-2. In the decider the Indian held her nerves converting the match ball on 10-9 to record her biggest win in the Asian Games. World number 19 Dipika Pallikal came out firing on all cylinders against former world number five Low Wee Wern. The Indian displayed awesome fire power to subdue Wee Wern, who is on a comeback trail after a 20-month injury lay-off. “The plan was definitely to rattler her with my power. Wee Wern has been a top player and has already won three tournaments after her comeback. Also, I had to do it for Joshna. She played such a great match to get us on the brink of a win,” said Dipika after her win. With the win, India have equaled their best ever performance at the Games, having won a silver four years ago.Talking about the final Dipika said, “Hong Kong are as tough to beat as Malaysia. They have a very solid team. But our confidence has got a major boost after today.'