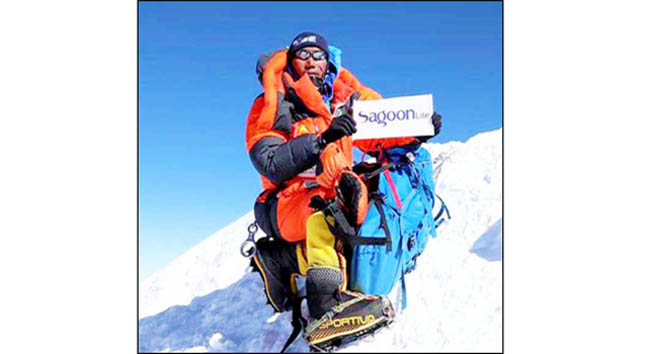 Kathmandu, Veteran climber Kami Rita Sherpa on Tuesday scaled the world's highest peak of Mount Everest, Qomolangma second time in a week, taking his record of setting foot on the top of the world to 24 times. Sherpa, 49-year-old, had just reached the 8,848-meter-high Qomolangma for the 23rd times only six days ago, breaking his own record, The Kathmandu Post reported. "Kami Rita reached the summit of Everest at 0638 hrs on Tuesday', Chairman of Seven Summit Treks and Kami Rita’s expedition organiser, Mingma Sherpa said. Sherpa, a resident of Thame village in Solukhumbu district of Nepal, shared his record of 21 summits with Nepali climbers Apa Sherpa and Phurba Tashi Sherpa, both of whom have already announced retirement. Kami Rita started his summit push from Camp IV on Monday night and reached the summit point on Tuesday morning. Kami Rita, currently working as a senior climbing guide at Seven Summit Treks, scaled Mt Everest for the first time on May 13, 1994. He has already climbed most of the peaks above 8,000 meters including K2 and Annapurna, among others. As many as 5,000 climbers have already scaled the world's highest peak Qomolangma since 1953, according to the official records of the Tourism Department of Nepal. Tourism is one of the major source of income for the Himalayan country, home to eight of the world's 14 highest mountains.