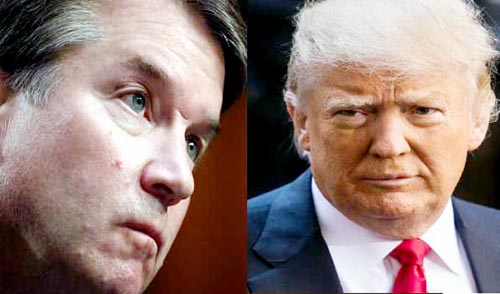 Washington, A California professor and President Donald Trump's pick to become the next Supreme Court justice will appear before senators to tell conflicting stories about a high school party 36 years ago. While the drama will be intensely personal, as Christine Blasey Ford alleges that Brett Kavanaugh assaulted her whereas he strongly rejects the accusation, this is more than a clash of two individuals and their recollection of past events, a report in BBC stated. It also represents the confluence of two movements - one decades in the making, the other a recent, powerful groundswell. "These are unwitting combatants in an undeclared war, these people are not props for us to make our political points, nor are they to be demolished," Arizona Senator Jeff Flake said on Wednesday afternoon. The futures and the reputations of Brett Kavanaugh and Christine Blasey Ford hang in the balance. Whether they like it or not, however, the forces at motion overshadow everything.