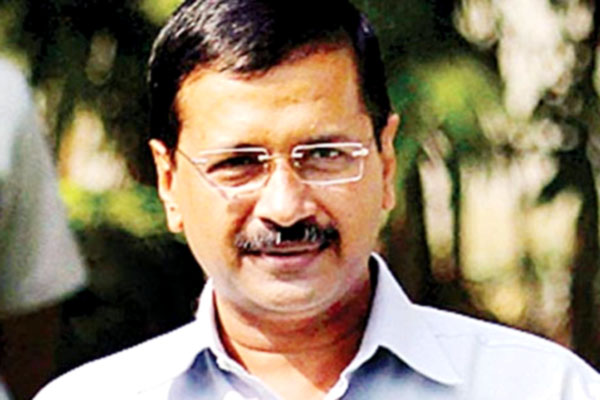 Agencies, New Delhi Arraigned in two separate defamation cases, Delhi Chief Minister Arvind Kejriwal on Monday apologised to Union Minister Nitin Gadkari and Congress leader Kapil Sibal and urged them to leave the past behind. Mr Kejriwal expressed regret to Mr Gadkari for having levelled ‘unverified allegations’ against him. Sources said that in a letter to the Union Minister, Mr Kejriwal said, “I made certain statements, without regard to its verifiability, which seem to have hurt you and, therefore, you have filed a defamation case against me. I have nothing personal against you. I regret the remarks. Let us put the incident behind us and bring the court proceedings to a closure.” The sources said after the apology letter, Mr Kejriwal and Mr Gadkari filed a joint application to withdraw the defamation case in Delhi’s Patiala House Court. Mr Kejriwal also tendered an apology to the Congress leader and his son Amit Sibal. In 2013, Mr Sibal’s lawyer-son, Amit Sibal, had filed a defamation case against the Delhi Chief Minister for alleging that the Congress leader had a conflict in seeking to revise a tax demand on telecom major Vodafone. Mr Kapil Sibal said that he had accepted Mr Kejriwal’s apology and forgiven him.The apology of the Aam Aadmi Party leader to the Union Minister and Kapil Sibal comes close on the heels of his offer of an olive branch to former Punjab minister Bikram Singh Majithia for making falsehoods regarding involvement with the drug mafia. In a letter addressed to Mr Majithia, the AAP convener said, “In the recent past I made certain statements and allegations regarding your alleged involvement in drug trade. These statements became a political issue. Now I have learnt that the allegations were unfounded. Hence, there should be no politics on such issues.” According to the sources, Mr Kejriwal is also expected to mend fences later this week with Union Finance Minister Arun Jaitley whom he had accused of wrongdoings during his stewardship of the Delhi and District Cricket Association. Additional Chief Metropolitan Magistrate Samar Vishal closed the prosecution proceedings against Mr Kejriwal in the criminal defamation case. Mr Gadkari filed the case against Mr Kejriwal in 2013 for putting his name in the list of “India’s most corrupt leaders” and made it public at his party meeting before the 2014 Lok Sabha elections. The court had earlier framed notice against Mr Kejriwal and sent him to judicial custody in 2014 when he refused to furnish a bail bond. But the AAP leader was released from jail when he later furnished the bond on a suggestion of the Delhi High Court.