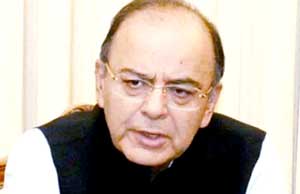 New Delhi, Delhi Chief Minister Arvind Kejriwal and three of his Aam Aadmi Party colleagues have apologised to Union Finance Minister Arun Jaitley in a defamation case. Sources said on Monday that along with Mr Kejriwal, three AAP members-- Sanjay Singh, Raghav Chadha and Ashutosh-- have written separate letters in which they have tendered apology to the Finance Minister. However, the sources said, the defamation case by Mr Jaitley has not been withdrawn yet.The Union Finance Minister had filed a Rs 10-crore defamation case against Mr Kejriwal and five other AAP leaders -- Raghav Chadha, Kumar Vishwas, Sanjay Singh, Ashutosh and Deepak Bajpai. All the six AAP members had alleged that there had been financial irregularities in the Delhi and District Cricket Association when Mr Jaitley was its president. 'These allegations made by me were based on information and papers furnished to me by certain individuals who represented to have first-hand insight into the affairs of DDCA. However, I have recently discovered that the information and the imputations contained therein are unfounded and warranted and I was clearly misinformed into making these allegations,' Mr Kejriwal and his three AAP colleagues wrote. Mr Kejriwal and his colleagues stated that they withdraw all the allegations made against Mr Jaitley.'I offer my sincere apology to you and your family members for any harm caused to your reputation as a consequence of my allegations,' according to the letters. The AAP leaders stated, ' Though we belong to two different political parties, I believe that we should leave the unsavoury litigations between us and serve the people of our country to the best of our abilities.' Earlier on March 19, arraigned in two separate defamation cases, Mr Kejriwal had apologised to Union Minister Nitin Gadkari and Congress leader Kapil Sibal and urged them to leave the past behind.Mr Kejriwal expressed regret to Mr Gadkari for having levelled 'unverified allegations' against him. In a letter to the Union Minister, Mr Kejriwal said, 'I made certain statements, without regard to its verifiability, which seem to have hurt you and, therefore, you have filed a defamation case against me. I have nothing personal against you. I regret the remarks. Let us put the incident behind us and bring the court proceedings to a closure.' After the apology letter, Mr Kejriwal and Mr Gadkari subsequently filed a joint application to withdraw the defamation case in Delhi's Patiala House Court.Mr Kejriwal also tendered an apology to the Congress leader and his lawyer-son Amit Sibal. In 2013, Mr Amit Sibal had filed a defamation case against the Delhi Chief Minister for alleging that the Congress leader had a conflict in seeking to revise a tax demand on telecom major Vodafone. Mr Kapil Sibal said that he had accepted Mr Kejriwal's apology and forgiven him. The apology of the Aam Aadmi Party leader to the Union Minister and Kapil Sibal came close on the heels of his offer of an olive branch to former Punjab minister Bikram Singh Majithia for making falsehoods regarding involvement with the drug mafia. In a letter addressed to Mr Majithia, the AAP convener said, 'In the recent past I made certain statements and allegations regarding your alleged involvement in drug trade. These statements became a political issue. Now I have learnt that the allegations were unfounded. Hence, there should be no politics on such issues.' Mr Gadkari filed the case against Mr Kejriwal in 2013 for putting his name in the list of 'India’s most corrupt leaders' and made it public at his party meeting before the 2014 Lok Sabha elections.