Kejriwal to sit on indefinite hunger strike from March 1 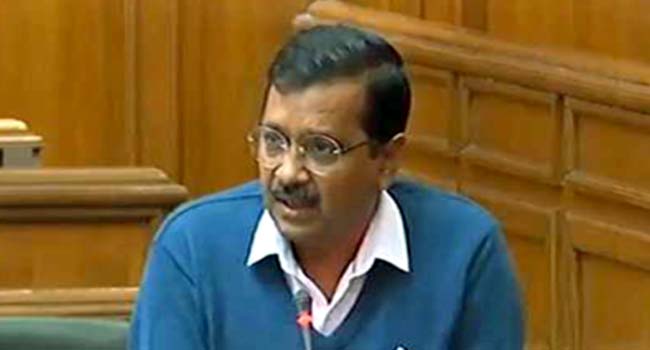 New Delhi, Chief Minister Arvind Kejriwal on Saturday announced that he will sit on indefinite hunger strike from March 1 to demand full statehood for Delhi. "From 1st March I will begin hunger strike. I am going to fast till we get statehood. I am ready to face death", Mr Kejriwal said. 'From March 1, we will launch the movement to demand full statehood for Delhi and we will not end it till Delhi gets full statehood,' the Chief Minister said in his speech during the discussion on ‘Full Statehood to Delhi’ under Short Duration Discussion (Rule-55). He said 'Andolan' is the only way out of this crisis. 'People of Delhi have to come on streets to fight for full statehood,' Mr Kejriwal said. Attacking the Centre on the issue of distribution of powers to Delhi, Mr Kejriwal said, "Why is democracy being denied to people of Delhi ? Elected government of Delhi has no powers to work efficiently for the people of Delhi." Targetting Prime Minister Narendra Modi over his handling of national issues, Mr Kejriwal said, 'PM is unable to handle national issues, why is he bothered about MCD, Delhi Police. He should worry about national issues. Let us handle Delhi.'