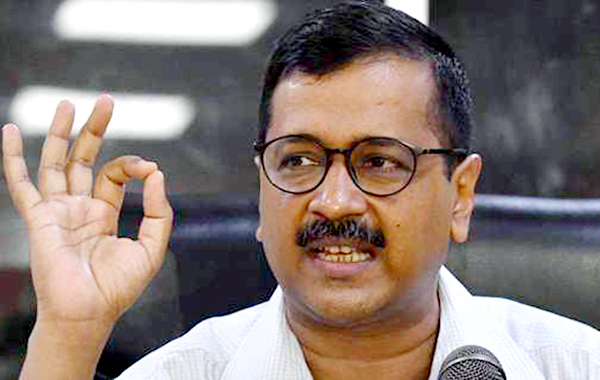 New Delhi, Delhi Chief Minister Arvind Kejriwal on Monday welcomed the Supreme Court's decision of lifting 'blanket ban' on protest at Jantar Mantar. 'I welcome the Supreme Court verdict upholding peaceful right to protest in central Delhi. Attempts to convert Delhi into a police state is dangerous for democracy and rightly struck down by the Supreme Court,' Mr Kejriwal tweeted. The Supreme Court on Monday said there cannot be any 'blanket ban' on holding protests here at Jantar Mantar.After hearing a batch of petitions including the one filed by Mazdoor Kisan Shakti Sangathan, a division bench of the apex court, headed by Justice Arjan Kumar Sikri, also comprising Justice Ashok Bhushan, said there was a need for striking a balance between conflicting rights such as right to protest and right of citizens to live peacefully. The National Green Tribunal (NGT) in October last year had banned all kinds of protests and dharnas around the historic Jantar Mantar area, which has been a hotspot of many agitations over the past decades, saying such activities violate environmental laws. The Tribunal had directed the authorities to shift the protesters, agitators and people holding dharnas to alternative site -- Ramlila Grounds in Ajmeri Gate.