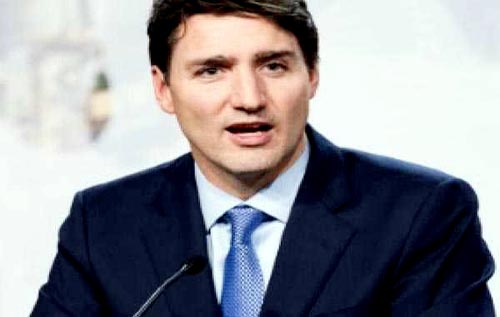 Ottawa, Canadian Prime Minister Justin Trudeau during an interview with a news Channel, CTV has revealed that Canada is looking into how it could end its export of light-armoured vehicles to Saudi Arabia. "The murder of a journalist is absolutely unacceptable and that's why Canada from the very beginning had been demanding answers and solutions on that. Secondly, we inherited actually a $15-billion contract signed by Stephen Harper to export light-armored vehicles to Saudi Arabia. We are engaged with the export permits to try and see if there is a way of no longer exporting these vehicles to Saudi Arabia," Trudeau said. Russian news agency sputnik said that the contact struck by the government of Harper in 2014 to supply 928 LAV 6 armored personnel carriers to Saudi Arabia will cost Canada a billion in cancellation penalties.