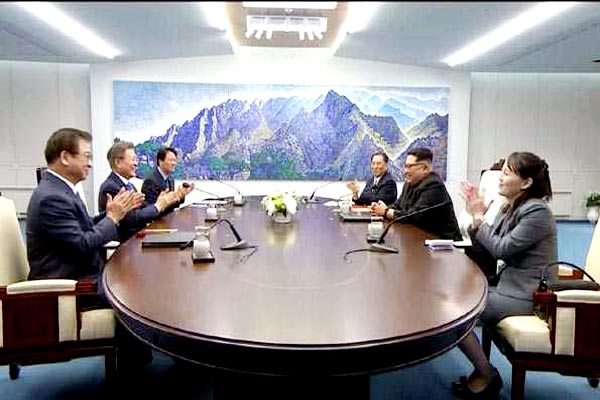 Seoul, North Korean leader Kim Jong-un and South Korean President Moon Jae-in are meeting on Friday at their mutual border, according to a BBC News report on Friday. Mr Kim has crossed over to the southern side, the first North Korean leader to do so since the end of the Korean War. They will discuss North Korea's indications it could be willing to give up its nuclear weapons. North Korea has been isolated for decades because of its nuclear and missile programme and its dismal human rights record. The meeting could pave the way for Mr Kim to meet US President Donald Trump later this year.