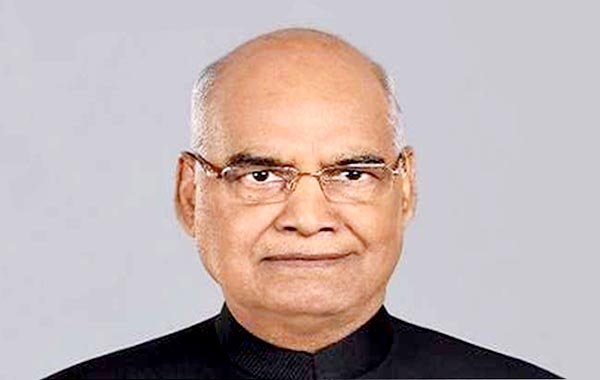 New Delhi,  President Ram Nath Kovind will preside over the 49th Conference of Governors and Lt Governors on June 4 and 5 at the Rashtrapati Bhavan here, which will discuss the flagship programmes of the government. The first such conference held at Rashtrapati Bhavan in 1949 was presided over by C Rajagopalachari, the then Governor General of India. After inauguration by the President on Day One, the two-day Conference will discuss important thematic issues and presentations on important programmes of the government in the second session. Vice Chairman and the CEO of NITI Aayog, as well as the National Security Advisor, will address the meeting.Prime Minister Narendra Modi will also address the gathering. The third session will cover the theme of higher education in state universities and skill development for employability. The Governor of Gujarat will be the convenor of the session, during which presentations will be made by the Secretary, Higher Education and the Secretary, Department of Industrial Policy and Promotion. In the fourth session, Governors and Lt Governors will discuss the steps taken on the report 'Rajyapal – Vikas Ke Rajdoot: Catalytic Role of Governors as Agents for Change in Society'. This report was submitted by the Committee of Governors to the President on January 9. The Committee was constituted during the 48th Conference of Governors in October last year. The Governor of Andhra Pradesh and Telangana will convene this session. On June 5, the fifth session of the Conference of Governors will discuss ideas on how to commemorate the 150th birth anniversary of Mahatma Gandhi. During this session, presentations will be made on Gram Swaraj Abhiyan and Swachhata Internship and Governors/Lt Governors will make suggestions. The Governor of Uttar Pradesh shall be the convenor of this session. In the sixth and concluding session, brief presentations on the deliberations in the previous thematic sessions will be made by the convenor Governors. The President, the Vice President, the Prime Minister, the Home Minister and the External Affairs Minister will address the concluding session. A special session on Union Territories will be held on June 5, at which the Lt Governors/Administrators of Union Territories will discuss status of implementation of various flagship programmes. The Cabinet Secretary, the Home Secretary and other senior officials will be a part of the meeting. The Governors and Lt Governors of all States and Union Territories will attend the Conference. The Vice President, the Prime Minister, Union Ministers of Home Affairs, External Affairs, Human Resource Development, Skill Development & Entrepreneurship, Minster of State (I/C) of Ministry of Culture, Vice Chairman, the CEO of NITI Aayog and other senior officials from various Ministries will also participate.