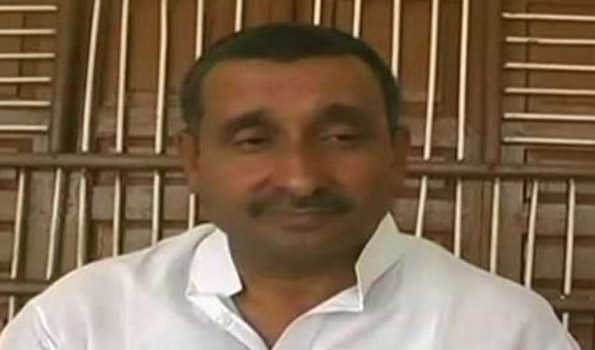 Lucknow,  Expelled BJP MLA Kuldeep Singh Sengar has been disqualified from the membership of the Uttar Pradesh Assembly following his conviction in a rape case.

According to a notification issued in this connection by the state Assembly, Sengar, who was elected from Bangarmau constituency in Unnao, has been disqualified as per the rules following his conviction by a Delhi court. The seat has now been declared vacant and bypolls would be held soon, Election Commission sources here on Tuesday said.
The Delhi court had pronounced its verdict of life imprisonment on December 20, 2019 and Sengar has been deemed disqualified from that date, it said.

Sengar, a four-term MLA, was expelled by the BJP in August 2019 following a furore after his name cropped up in a rape case.
The case hit the headlines after the victim attempted self-immolation outside the chief minister's residence in April 2017 when the police did not take action on her complaint.

The victim's father, who had been arrested by the police, had died in police custody two days later after he was beaten up in the lock-up by Sengar's brother, Atul Sengar.

The case was later handed over to the CBI and Kuldeep Sengar, his brother Atul and others were arrested.