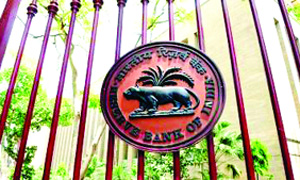 Agencies, New Delhi In a big relief to Micro, Small and Medium Enterprises (MSMEs), the Reserve Bank of India (RBI) on Wednesday allowed upto 180 days from the existing 90 days to MSMEs to make payment of loans to their creditors including banks and NBFCs. MSMEs were so far given 90 days for repayment before their account got classified as a non-performing asset (NPA).MSMEs registered with the GST with aggregate standard exposure of up to Rs 25 crore, and amounts overdue as on September last year would be covered under this scheme. Services Tax (GST) adversely impacted cash flows of the smaller entities during the transition phase. Consequently, they faced difficulties in meeting their repayment obligations to banks and non-banking financial companies (NBFCs). “As a measure to support their transition to a formalised business environment, it has been decided that for the GST-registered Micro, Small and Medium Enterprises (MSMEs) which were standard as on August 31, 2017 and for which the aggregate exposure of banks and NBFCs does not exceed Rs.250 million as on January 31, 2018, the amounts overdue as on September 1, 2017 and payments due between September 1, 2017 and January 31, 2018, be allowed by banks and NBFCs to be paid not later than 180 days from their original due date, without a downgrade in asset classification,” RBI said along with the monetary policy announcement on Wednesday. Additionally, the central bank has also removed caps on the loan amount of Rs 5 crore and Rs 10 crore per borrower to MSMEs under priority sector lending (PSL). “In the light of feedback received from various stakeholders and in line with the increasing importance of services sector in our economy, it has been decided to remove the currently applicable loan limits of Rs 50 million and Rs100 million per borrower to Micro, Small and Medium Enterprises (Services) respectively, for classification under priority sector,” it said. Accordingly, all bank loans to MSMEs, engaged in providing or rendering of services as defined in terms of investment in equipment under Micro, Small and Medium Enterprises Development (MSMED) Act, 2006, shall qualify under priority sector without any credit caps.