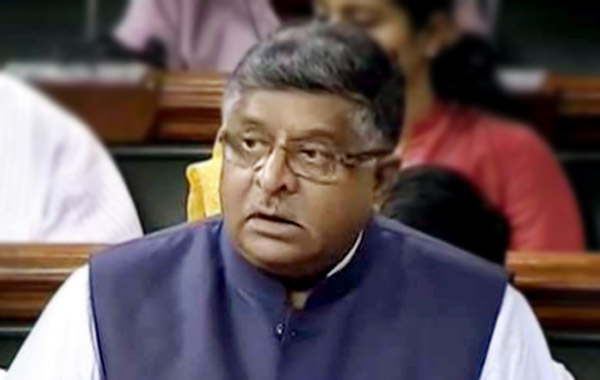 New Delhi, A bill which seeks to make the practice of instant triple talaq among Muslim men a penal offence was moved by Union Law and Justice Minister Ravi Shankar Prasad for discussion in the Lok Sabha on Thursday. 'We are not biased towards against any community or beliefs where prestige of women is involved,' Mr Prasad said amid protests from Opposition members that the bill be referred to Joint Select Committee before being discussed in the House. As the Muslim Women (Protection of Rights on Marriage) Bill, 2018, was taken up for consideration, Leader of the Congress Mallikarjun Kharge suggested that the Bill be referred toJoint Select Committee and the debate be taken up after 7-10 days. He was joined by AIMIM Member Asaduddin Owaisi, who said the stakeholders were not consulted. Supriya Sule (NCP) , N K Premachandran (RSP) and P Karunakaran (CPI-M) also associated with the demand. The fresh Bill seeks to replace an ordinance issued in September. Under the proposed law, giving instant triple talaq will be illegal and void, and will attract a jail term of three years for the husband, Mr Prasad said.The fresh bill will supersede an earlier bill passed in the Lok Sabha and pending in the Rajya Sabha. Mr Premachandran moved the resolution opposing it. Taking part in the discussion, Sushmita Dev (Congress) supported the Bill but , she said, government's intention was not honest. ' Muh mein ram, bagal mein chhuri,' she said. The Bill was not in consonance with Hindu, Parsi or Christian laws and sought to criminalise a civil practice, Ms Dev said. She said this law was about penalising Muslim man and not helping minority community women.'We have no right to play 'masiha' (Saviour)' , she said while demanding that the Bill be given to the appropriate committee and all stakeholders be consulted.