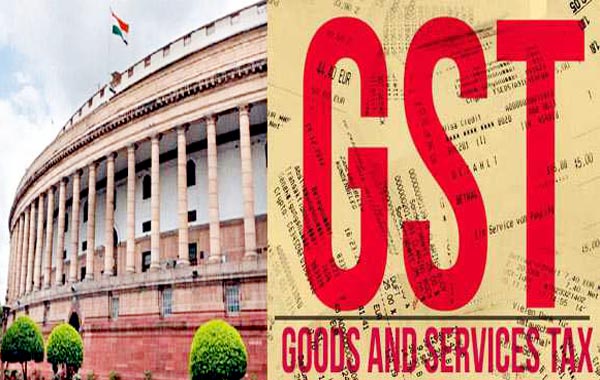 New Delhi, The Lok Sabha on Thursday passed bills to amend the SGST, IGST and the Union Territory GST laws, and the GST Compensation to States Act to enhance composition levy to Rs 1.5 crore from Rs one crore. Piloting the Bills, Finance Minister Piyush Goyal, said, 'We are empowering the 125 crore Indians with the 'Good and Simple Tax'. India has attempted to bring such big change of simplifying taxes.' "Passing these Bills today has historic significance as the country is celebrating 76th anniversary of Quit India Movement and paying homage to its martyrs. This step will have far-reaching impact on the economy of the country," he said. He said the day can also be celebrated as 'Quit Multiple Taxes Day or Quit Complicated Laws Day or Quit Discord of Centre and States Day'. Earlier after repeated clash with the treasury bench, the Congress members staged a walkout demanding a Joint Parliamentary Committee (JPC) probe into the Rafale fighter jet deal between the government of India and France. Allaying fears of some members, Mr Goyal said each and every problem of the textile industry will be solved after the amendments in the Bill and textile goods will become cheaper. Twenty two states will get guaranteed growth of 14 per cent increase now although revenue growth for Andhra Pradesh was just 9 per cent, 7.5 per cent in Odisha and 5.5 per cent i Tamil Nadu. He said the provisions to amend the Goods and Services Tax laws are aimed at providing reliefs to Micro Small and Medium Enterprises (MSMEs) as it is the sector which provides large number of jobs in the country. He said that GST Council in its meeting has okayed the proposal to enhance the limit and now it is necessary to get Parliament’s nod to enhance the limit from Rs one crore to Rs 1.5 crore. There will be compliance and expanded tax, leading to increase in tax collection, the Minister said. Mr Goyal said the GST bills has far reaching consequences and one tax has been brought in place of 40 taxes. He said the provisions of the Bill will enhance the exemption limit for registration in the special category states from Rs 10 lakh to Rs 20 lakh. Once the draft law is passed, the taxpayers will have the option to obtain multiple registrations for multiple places of business located within same state or Union Territory. The Bill will allow taxpayer to do separate registration for Special Economic Zone Unit or developer.The Bill also provides temporary suspension of registration while cancellation of registration is under process. It also provides for the new system of filing return and availing input tax credit. The provisions of the Bill increases the period relating to detention or seizure of goods and conveyance in transit from seven days to 14 days. The House passed the Bill with amendments by the government with voice vote.