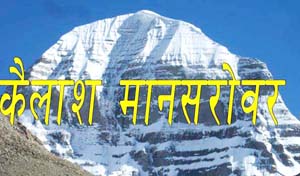 New Delhi, Madhuban Foods has bridged nations with its catering service for the Kailash Yatra, becoming the first Indian company to do so in China. Madhuban Foods was mandated to deliver food for the entire Kailash yatra on behalf of the organisers that issue permits to pilgrims and tourists globally, the company said in a statement on Wednesday. A collaboration was formed between India, Nepal and China to conduct the pilgrimage season with a never-before experience of ‘sattvic’ food to the lakhs of pilgrims expected this year and onwards, the statement said. Mr Prakash Shreshtha, President AKTON (Association of Kailash Tour Operators) and Managing Director Explore Kailash Treks Pvt Ltd, Nepal, joined hands with Mr Sumit Partap Gupta, the Managing Director of Madhuban Foods.