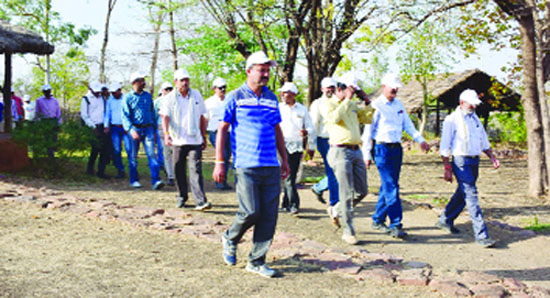 New Delhi, After garnering a humongous response on the very first song of ‘Notebook’ 'Nai Lagda', the makers on Thursday released the second love track titled 'Laila', which depicts the longing of Firdaus' unrequited love featuring Pranutan. As ‘Notebook’ presents the unconventional love story of two lovers, Kabir and Firdaus played by Zaheer Iqbal and Pranutan respectively, the makers earlier treated with Kabir's desire to meet his love in 'Nai Lagda', now the makers bring forth the romantic feelings of Firdaus with ‘Laila’. 'Laila' is a love track which awakens the feeling of love as Pranutan's Firdaus beautifully showcases her palpable love towards Kabir. Dhvani Bhanushali's melodious voice adds warmth to the heartfelt love sequence between the unseen couple. The young singer has spilled her magic enchanting the romance against the heartwarming video.The song is Vishal Mishra's composition with lyrics penned by Abhendra Upadhyay and Vishal Mishra. The makers of Notebook took to social media sharing the song, "Go on the journey of love, with Firdaus! Put on your & listen to Laila, 2nd song from Notebook now:BeingSalmanKhan, @pranutanbahl ,@iamzahero,@nitinrkakkar, @Cine1Studios, @muradkhetani @ashwinvarde @VishalMMishra @dhvanivinod @TSeries @ItsBhushanKumar". Earlier, Notebook's first song titled 'Nai Ladga' starring debutants, Pranutan and Zaheer Iqbal has garnered seven million views. Not just the masses but the song has captivated the celebs as well. The glimpses of the song which portrays unconventional love story set in Kashmir has conquered millions of hearts. ‘Notebook’ takes the audience on a romantic journey back in time against the backdrop of Kashmir, raising the question, can you fall in love with someone you never met? ‘Notebook’ has been shot in the exquisite valleys of Kashmir bringing the authentic love story of two lovers Firdaus and Kabir, along with a strong support cast with the child artists, who play a vital role on the story. Helmed by Nitin Kakkar, ‘Notebook’ is presented by Salman Khan Films and is a Cine1 Studios Production. It is produced by Salma Khan, Murad Khetani and Ashwin Varde and is all set to hit the screens on March 29.