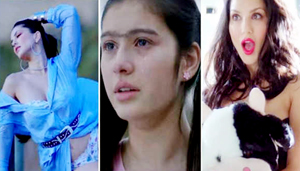 New Delhi, Filmmaker Aditya Datt, who had helmed the hit thriller 'Table No 21', is now all set to come up with Sunny Leone's biopic 'Karenjit Kaur: The Untold Story Of Sunny Leone', and the makers have now released the trailer of the movie. The movie traces Sunny’s journey from a girl-next-door to a Bollywood celebrity.The film is bold, explosive, entertaining and touching at the same time. Shot in Cape Town, the biopic also offers a glimpse of director Aditya Datt’s vision and sensitivity when dealing with a story. It has been generally seen that web series in India lack finesse, but we are sure that Datt’s upcoming venture will surely prove to be an exception as the trailer is quite promising with regards to vision, execution and production values. Interestingly, Sunny will play herself in the biopic, which is something that no other actor has ever done before. 'Karenjit Kaur: The Untold Story Of Sunny Leone' will premiere on Zee5 on July 16.