Mamata scared of BJP to deny yatra permissions but we will approach courts : Amit Shah 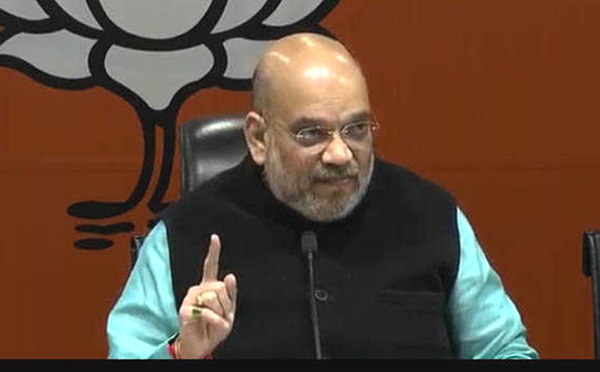 Agencies, New Delhi BJP president Amit Shah declared on Friday that his party had only postponed, not cancelled ,its yatras in West Bengal despite the Mamata Banerjee government and a Kolkata High Court’s single bench judge denying permission on apprehensions of the programmes creating communal tension. ``Since 2014 I have held 23 yatras in West Bengal and Prime Minister Narendra Modi has also addressed rallies in the state without there being a single incident of communal tension because of them. This is only an anti-democratic, oppression of Trinamool Congress-led government,’’ Mr Shah fumed at a press conference he addressed at the party headquarters here. He said he was going to Kolkata on Saturday and if need be, the party will approach the Supreme Court against the anti-democratic stance of the Mamata Banerjee government. ``Our yatra (in Cooch Behar) is postponed, not cancelled,’’ he asserted. The BJP chief charged the TMC of being scared of the BJP especially after the recent panchayat elections in which the BJP came second to the TMC. ``Mamata Banerjee is frightened of the BJP, that is why the state government has not allowed us to hold the yatras,’’ he said. Attacking the Mamata government, he charged the administration of working in cahoots with its political masters ``for appeasement and vote bank politics’’. He said democratic processes were being suppressed in the state and BJP workers were being targeted and even killed. Mr Shah was to lead a ``save democracy yatra’’ in Cooch Behar on Friday which was to have culminated into a rally. This was to be followed by two more yatras on Dec 9 and 14. The party had approached the state administration for permission repeatedly but was denied.