Manasi, Malhar to release their Gujarati web show 'Do Not Disturb' on Jul 26 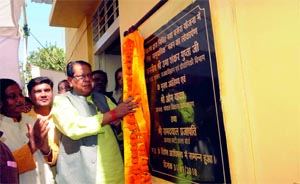 New Delhi, Malhar Thakar and actor turned producer, Manasi Parekh Gohil are gearing up to captivate audiences through their upcoming Gujarati web series on MX Player 'Do Not Disturb'.  While this is Malhar's digital debut, Manasi is donning the hat of the producer for the first time ever.  A veteran Gujarati filmmaker, Sandeep Patel has directed super hits like 'Love Ni Bhavai', 'Zarb', and 'Life Goes On'. Awe inspired by Sandeep Patel's directorial projects, Manasi says, 'Malhar and I always wanted to work together so we thought that ‘Do Not Disturb’ was a perfect way to start this equation. We were very keen on having Sandeep Patel direct the show but since he is a veteran, we were unsure if he would want to do a web show because he only does films. However, when he read the episodes, he said he was totally in. So everything just fell into place for us.' 'Do Not Disturb' captures the life of a married Gujarati couple, the everyday conversations that they have in their bedroom and the innumerable times they have struggled to spend some quality time together.  The episodes of 'Do Not Disturb' will premiere on MX Player from July 26.