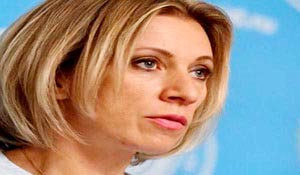 Moscow, Russia Foreign Ministry Spokesperson Maria Zakharova is the latest woman to accuse senior lawmaker Leonid Slutsky of sexual harassment. Slutsky is head of the State Duma's foreign affairs committee. In an interview with the NTV television, Zakharova supported the five journalists who have made harassment allegations against Slutsky and said that she had also been a victim. The journalists have accused Slutsky of inappropriate conduct over the past few weeks. Three of them have gone public with their accusations, which include making lewd sexual comments and groping.Slutsky has dismissed the claims as political attack by his enemies.