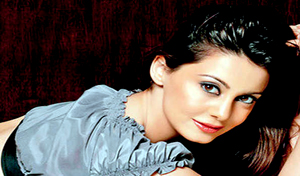 New Delhi, Actress Minissha Lamba who debuted on television with the reality show 'Bigg Boss', will be a part of fiction TV and will essay role of a 'Vishkanya' in 'Tenali Rama', trade sources said. 'Minissha Lamba, will play a negative role of a vamp in 'Tenali Rama'. The Sab TV show is inspired by the tales of Tenali Rama, based on the real life Telugu poet Tenali Ramakrishna. The historical series will have Minissha in the role of a Vishkanya,' sources said. Minissha described her character as sultry and mysterious.'Looking forward to entertain the masses with varied roles,' Minissha said.Minissha not only feels that this is the right time, but she also maintained that she is open to work on television now. While 'Tenali Rama' is a comedy show, Minissha is open to experiment with other genres, including saas-bahu sagas, sources said.