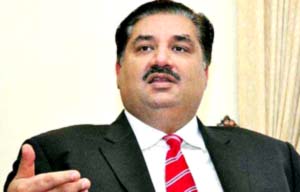 Islamabad, Pakistan Defence Minister Khurram Dastgir Khan has stressed that no terrorist safe havens and Haqqani network exist in the country. In an interview, he said that Pakistan has played a key role in eliminating terrorism from the country and now no sanctuaries of terrorists on its soil exist, a Radio Pakistan report said.The Minister said the country is desirous of peaceful, stable, and democratic Afghanistan.