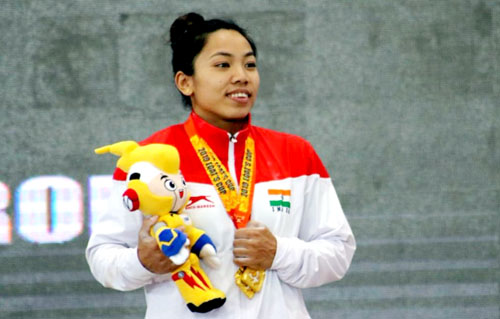 New Delhi, World championship Saikhom Mirabai Chanu on Thursday proved her mettle after clinching yellow metal at the EGAT Cup in Thailand, returning from lower back injury that kept her out of play for more than 6 months of 2018. Chanu bagged yellow metal in the 48kg category lifting 192 kg in the silver level Olympic qualifying event, the points which will help her in the final rankings for Tokyo Olympic 2020. The Padma Shri awardee lifted 82 kg in snatch and 110kg in clean and jerk to claim top spot.After failing to take part in the world championships last year, a gold level Olympic qualifier, due to injury which kept her out of action in the Asian Games, Jakarta. Chanu last took part at the Commonwealth Games in Gold Coast where she won gold with an effort of 196kg. She had then lifted 86kg in snatch and 110kg in clean and jerk, a Games record and also her personal best.