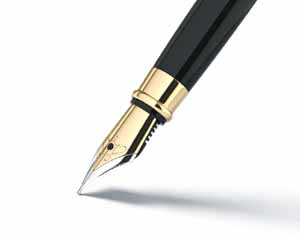 The Pak Army to smash bunkers inside India fired anti-tank guided missile in Rajouri and Poonch sectors killed Indian Army captain and three Jawans. In January the Pakistan violated ceasefire for 130 times killing 14 people and injuring 65 people. On February 6 when Pakistani terrorist were brought to Government hospital in Srinagar for medical check up their associates attacked the hospital and escaped with the terrorists. For a long time Pakistan shelling on the border is going on. Something is simmering up and there are indications that India has taken certain decision. The police along the Line of Control is asking the people to leave the villages and move inside areas. About 50,000 people have been shifted and provided shelters, some 300 schools closed for some time. Many villages are totally vacant and under the care and protection of police and Army. The Army and para military are already under orders to retaliate with more heavy fire. Sometime in over enthusiasm excesses are committed. After surgical strike against Pak the people were told that now Pakistan would not dare to fire across the borders.But nothing of that sort happened. The Pak shelling are going as it is. People think that as Pakistan is continuing we should also continue and carry out surgical strikes, which is known as “hot pursuit action”. The Central Government should also send missive to the Jammu Kashmir Chief Minister Mehbooba Mufti that FIR are filed with the police in the matter of offence and crimes only and not on discharge of duties and obligations. To use force, resort to lathi charge or firing as the situation warrant is a job and assignment to police and armed forces. There cannot be FIR on it. If there are no police and Army in action there the civilian government will vanish on terrorists onslaught. The Valley part is not the whole state. The Laddakh and Jammu region are peaceful and normal. The Valley is disturbed on communal lines with the backup from Pakistan. India has handled such situation elsewhere also the Khalistan upsurge in Punjab particularly. The Government is duty bound to protect civilian population in borders. In near future elections to Pakistan National Assembly are going to held and Pakistan will keep the situation on border hot up for political reasons.