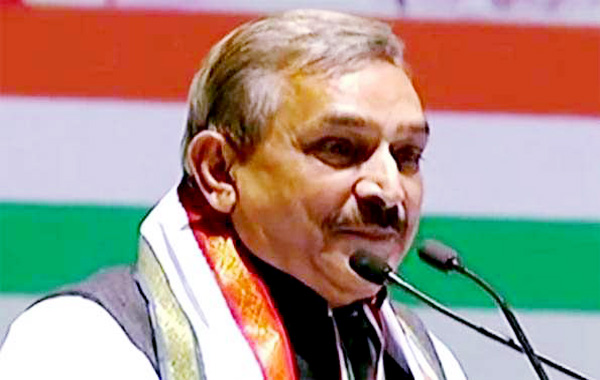 New Delhi, Taking a dig at Prime Minister Narendra Modi’s promise to double farmers’ income by 2022, a good price for the harvest and low cost, Congress spokesperson Pramod Tiwari on Thursday asked if anybody in the Petroleum Ministry has told him the price of diesel. Talking to mediapersons here, he said as the diesel price has increased it will affect farmers. “The price of seeds will increase but this will not benefit the farmers. The government propaganda that farmers are getting benefit is not correct” he said. Mr Tiwari said that the Finance Ministry spoke about providing Minimum Support Price (MSP) to farmers, but without adding C2 (Comprehensive Cost). “This government is cheating farmers. Also in the case of insurance for farmers”, he added. Referring to the SK Jain report on Mandsaur firing in June, 2017, Mr Tiwari said along with cheating the farmers, the government is also humiliating them. “Nobody is guilty of firing, the police, collector, or the CRPF and calls the farmers who died anti- social elements”, he said. He pointed out that with the polls coming up, the Jain report on Mandsaur firing has reached the media. The report calls the farmers who died in police firing anti-social elements. The report justified the firing against agitators, and gave a clean chit to the police, and CRPF. Mr Tiwari said it is murder, and it exposes the Prime Minister as he calls farmers 'annadata' (provider of food), and when they die in police firing, they are called anti-social elements. “It seems as if the report was prepared in advance,' he alleged.According to the report everybody is innocent - the police, collector, SP, and the CRPF. So did the bullet enter the body of the farmers on its own, he mocked adding that it's one of the worst probe done by the BJP government.