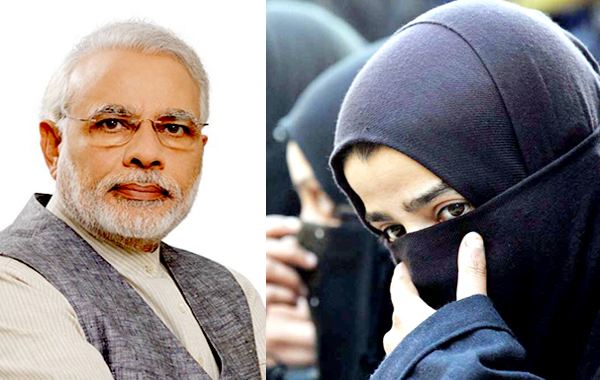 New Delhi, Seeking to score a major political victory and rendering the helping hand to Muslim women, the Union Cabinet on Wednesday approved the Triple Talaq ordinance. "Big Day for for Muslim women. Ordinance on Triple Talaq approved by the Modi Govt," tweeted BJP leader Tajinder Pal Singh Bagga. The bill was stuck in the Rajya Sabha and the clearance by the Union Cabinet takes the draft legislation now become a law after the Presidential orders. The bill to criminalise Talaq-e-biddat (instant talaq) was stuck in the Upper House with the opposition parties raising objections criminal provisions. The Bill was passed in December 2017 in the Lok Sabha. The Supreme Court in its order in August 2017 had declared instant Talaq illegal. The ordinance route adopted by the cabinet under the leadership of Prime Minister Narendra Modi comes as a huge move after two sessions of Parliament could not help pass the Triple Talaq bill in the Rajya Sabha, a BJP source said here. "We tried everything to accommodate opposition views in an effort to build consensus," the BJP leader said.