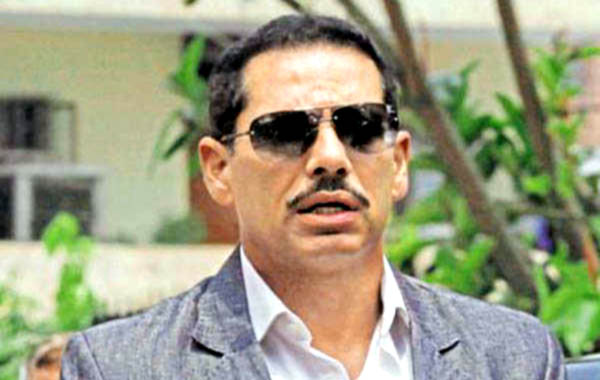 New Delhi, A Delhi court on Saturday extended the interim bail of Robert Vadra--brother-in-law of Congress president Rahul Gandhi--till March 2, in an alleged money laundering case registered against him by Directorate of Enforcement (ED) for the purchase of property in foreign land. The ED has registered a case in the purchase of a London-based property located at 12, Bryanston Square worth 1.9 million pounds which is allegedly owned by Vadra. Counsel for Vadra submitted that he was being targeted and subjected to false prosecution which has a colour of political witch hunt. The councel further submitted that Vadra was a law abiding citizen and will appear before the Investigating Agency as and when called. Special Judge Arvind Kumar after hearing submission on behalf of government Counsel and Defence Counsel extended the interim protection and directed to join the Investigating Agency. It was alleged that Arora, an employee of Vadra's Skylight Hospitality LLP, was a key person in the case. According to the probe agency, Arora was aware of the latter's overseas undeclared assets and instrumental in arranging funds. The ED has submitted that Arora arranged funds for Vadra's undeclared assets overseas and proceeds of crime were used to channel funds from the UAE. For alleged irregularities in land deals in Gurugram at Haryana, an FIR was lodged against Vadra and former Haryana chief minister Bhupinder Singh Hooda in the month of September last year. He has faced allegations that his company Skylight Hospitality sold 3.5 acres of land in 2008 in Shikohpur village to DLF at a rate much higher than the prevailing rate. Questions have also been raised over the purchase and subsequent sale of land by the company in Bikaner, Rajasthan, at a significant premium through a maze of transactions. The business premises linked to Vadra's associates have been raided during the probe and the ED has asked him to be present for questioning in the alleged money laundering case related to his deals in Rajasthan. The ED has submitted that the money laundering case was lodged against Arora after his role came up during the probe of another case by the Income Tax Department under the newly-enacted Black Money Act and tax law against absconding arms dealer Sanjay Bhandari. Counsel for ED opposed the bail application of Vadhera due to non cooperation.