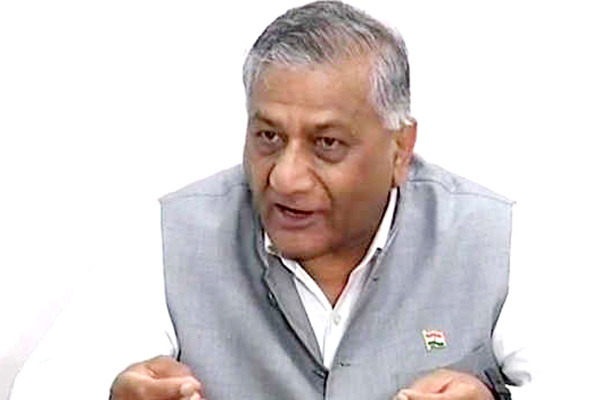 Amritsar, Mortal remains of 38 Indians killed in Iraq were brought here in a special plane on Monday. Minister of State for External Affairs VK Singh, who had gone Iraq, told a press conference that according to forensic reports some of them were shot dead. He denied that Harjit Masih was among those 40 persons who were kidnapped four years back by IS. Masih had claimed that all the kidnapped Indians were killed. When asked about the demand of providing a job to families of victims, Gen Singh said that the government has asked details from the families. He said the central and state governments will help them jointly. The Minister also claimed that 40 Indians who had gone Iraq to work as construction labourers were sent by an unauthorised agent and the Punjab government should act against the agent. Earlier, the families of victims protested when they were told by government officials that they should not open the coffin.Gen Singh also appealed that coffins should not be opened.