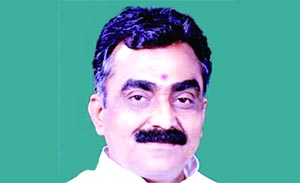 Agencies, Bhopal Launching a stinging attack against the Congress in the wake of the Supreme Court dismissing pleas seeking investigating into the death of special CBI judge BH Loya, newly-appointed Madhya Pradesh Bharatiya Janata Party (BJP) President Rakesh Singh today demanded that the Congress and its president Rahul Gandhi should apologise to the nation. “Justice Loya’s son and his doctor had described his death as natural. The apex court too described the death as natural and called the petitions as politically motivated,” Mr Singh told media at hurriedly-called press conference here. Mentioning that the Congress levelled baseless allegations against BJP President Amit Shah and misled the nation, he said, while responding to a query, that the matter has become an issue before Karnataka elections. Meanwhile, Chief Minister Shivraj Singh Chouhan raised the issue during a programme organised at the Singrauli District Headquarters. “Mr Gandhi and other Congress leaders stand exposed in the aftermath of the top court’s decision. The Congress President and other party leaders should tender apology for levelling politically-motivated allegations,” he said. Earlier, the Chief Minister was addressing the programme at Singrauli when he was disturbed by his assistant for a necessary telephone call. Mr Chouhan attended the phone call, returned to the stage and started lambasting the Congress. It is being speculated that the Chief Minister received telephone call from the party’s top leadership.