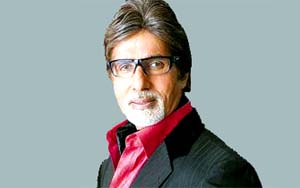 After a gap of 8 years the Madhya Pradesh regained the title of tiger state of India with largest number 526 located here. India is first in the world with 2967 tigers. The Chief Minister Mr.Kamal Nath has proud to say that besides India Madhya Pradesh is first in the world also as tiger habitat. He said Madhya Pradesh was most safest and secure place for wild life to live and flourish. India is a habitat of 75 per cent of world tiger population. The Madhya Pradesh has unique distinction and obligation in and on the world by saving almost extinct specie of white tiger. Only one male tiger was found surviving in the Bandhavgarh forest of erstwhile princely state Rewa now part of Madhya Pradesh. The Ruler got it caught with full safety and translocated it from deep forest to Govindgarh Royal Palace like a “king”. It was named “Mohan”. As there was no female white tiger Mohan was crossed with a non white female tiger. It was a successful experiment and all the cubs born where white tiger with white female also. The Madhya Pradesh with generosity and feeling of oneness of the world spread out progeny of white tiger all over the world. The specie of white tiger almost lost revived. But the Madhya Pradesh is facing the narrow mindedness of Gujarat state in securing few pair Gir of lion to translocate it in the 745 kilometer spread out tiger sanctuary at the Kuno-Pampur in Morena district. The Gujarat state has taken a stand that Gir lions should remain exclusively in the Gir forests and nowhere else in India as its special variety. Although it is not a rare in the world. In so many African countries Gir lions variety are found in large number there. Mr.Narendra Modi is now Prime Minister of India and he should ask the Gujarat Government to give Gir lions to Madhya Pradesh to locate it in Kuno Tiger Sanctuaries. The Gujarat refused to share Gir lions with Madhya Pradesh even when Mr.Narendra Modi was Chief Minister. Now he is Prime Minister talking loudly about Madhya Pradesh being first and foremost tiger state of India and in the world also. In between somehow at one time there was no white tiger in Madhya Pradesh but the gap is filled with locating it in Mukundpur Tiger Safari near Satna. Madhya Pradesh Kanha Kisli tiger reserve in Mandla-Jabalpur area was first Tiger Project of India and in landmark in tiger tourism. Now Madhya Pradesh has many known tiger sanctuaries like Bandhavgarh, Panna, Satpura and other places like near Bhopal also. The state is very conscious about wild life preservation. It is protecting habitat of bird known as ‘Son Chirraiyya’ in Bhind-Morena area.