Mrunal to share screen with John Abraham in 'Batla House' 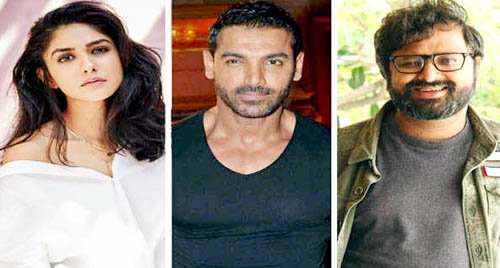 New Delhi, Television actress Mrunal Thakur will be seen next in John Abraham starrer 'Batla House', trade sources said on Saturday. 'Directed by Nikkhil Advani, the movie will see John Abraham as Sanjeev Kumar Yadav--the one who spearheaded the 'Batla House' encounter,' the sources said. 'It is unclear whether Mrunal will be paired opposite John Abraham or not,' the sources said. 'The thriller drama will be written by Ritesh Shah and the project is under pre-production and will soon go on floor,' it said. After 'Airlift' and 'Satyameva Jayate' T -Series' Bhushan Kumar and Nikkhil Advani will be collaborating together for 'Batla House'. Mrunal, after working several years in Ekta Kapoor's leading TV show 'Kumkum Bhagya', will be making her Bollywood debut with 'Love Sonia'. She will be also starring in Hrithik Roshan starrer 'Super 30'. 'Batla House' is based on the encounter that happened in Delhi between the police officials and the terrorist group, Indian Mujahideen.