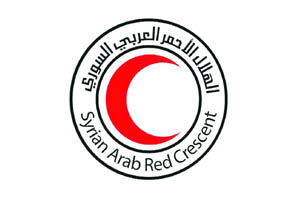 Agencies, United Nations A United Nations-Syrian Arab Red Crescent (SARC) humanitarian convoy has arrived in the besieged Syrian enclave of Eastern Ghouta bringing life-saving aid to thousands of desperate people, the UN World Food Programme (WFP) has reported. The convoy on Monday carried wheat flour for 27,500 people in the city of Duma, as well as specialised nutritional supplies for malnourished children, and marked the first time in four months that WFP and its partners have reached the area. Aid workers also conducted food security, nutrition and medical assessments. Eastern Ghouta, located near the capital, Damascus, has been under heavy bombardment, with more than 400,000 people experiencing shortages of food, fuel, medicines and drinking water. “A humanitarian crisis is unfolding in Eastern Ghouta where raging violence has paralysed our response and our ability to reach families who desperately need help,” said Jakob Kern, WFP Representative and Country Director in Syria. “The longer Eastern Ghouta is deprived of the necessities of life, the more people will die. We appeal to all parties to allow the ongoing and safe delivery of aid to all people in need, no matter where they are.” With thousands in need of life-saving aid, a convoy consisting of 46 truckloads of health and nutrition supplies will provide some relief.Marwa Awad, a WFP Communications Officer based in Damascus, said plans are under way for another humanitarian convoy to access Eastern Ghouta on Thursday. “This one convoy is not enough in order to cover the needs of the nearly 400,000 people on the inside, and it’s one drop in an ocean of needs and we very much look forward to and hope to be able to get more access in the future to support the people who desperately need humanitarian assistance,” she said. WFP reported that a recent food security analysis has revealed widespread severe malnutrition in Duma.The UN agency provides food assistance to three million people in Syria every month. In related news, the Geneva-based UN Human Rights Council concluded its urgent debate on the situation in Eastern Ghouta by adopting a resolution requesting the Independent International Commission of Inquiry on Syria, upon renewal of its mandate, to urgently conduct a comprehensive and independent inquiry into the recent events in Eastern Ghouta, and to provide an update followed by an interactive dialogue on the situation to the Council.