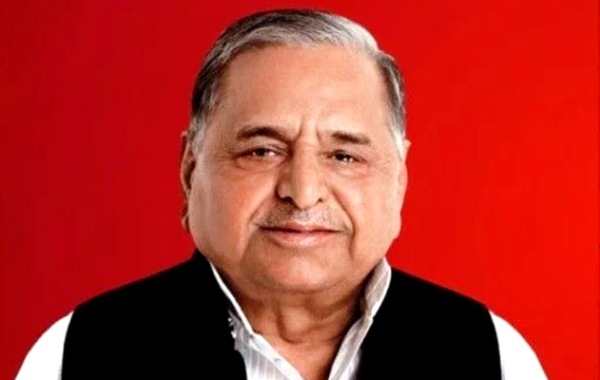 Pravesh Kumar Mishra, New Delhi,The praise heaped on Prime Minister Narendra Modi by Samajwadi Party leader Mulayam Singh Yadav is an indication of the direction in which the politics would move in the most populous state. Political observers believe that this was not a sudden outburst of emotion by Mulayam. In a big boost to Modi’s political campaign seeking re-election in the upcoming Lok Sabha polls, Mulayam Singh has declared he wants to see Modi as Prime Minister once again. Mulayam’s wasn’t an off-the-cuff remark made in response to some media query. The Samajwadi Party (SP) leader, who has been the Defence Minister of India and three-time chief minister of Uttar Pradesh, made the remarks in Parliament. But why has Mulayam chosen to break ranks with his son and other Opposition leaders? Mulayam is an astute politician. He has had prime ministerial ambitions, having served as the country’s defence minister under the IK Gujral government. It is all too clear by now that the results of the 2019 General Elections could go either way and this is the reason why all parties need to keep all their doors and options open. So, on the one hand, while the son is raising the heat against Modi, Mulayam is doing the balancing act. This way, it will be easier to sweeten any deal — the possibility of which could arise once the 2019 results are out. This gesture from Mulayam could help ensure the SP stays on good terms with Modi, should he return to power. Akhilesh, on the other hand, is ensuring the SP stands to gain if the Congress finds itself in a position to stake claim to power. Akhilesh, meanwhile, is also part of the Opposition camp attending all rallies being called by regional leaders. This game is still wide open.Interestingly, Mulayam said this with United Progressive Alliance (UPA) chairperson and Congress leader Sonia Gandhi sitting right next to him. Mulayam’s bid to see Modi return to power as PM came on a day when Opposition parties came together at Delhi’s Jantar Mantar to hold the ‘Save Democracy’ rally. The Opposition has been claiming democracy is in peril under Modi’s rule. Interestingly, Mulayam’s son Akhilesh too participated in the rally. Several parties have left the National Democratic Alliance (NDA) in the recent past and along with BJP’s old rivals, have come together to present a ‘united front’ challenging Modi’s bid to power. At the United India rally held in Kolkata on January 19, it wasn’t just the Opposition parties but BJP’s own leader Shatrughan Sinha who challenged the Modi government. Mulayam’s open support for Modi thus helps the BJP challenge the narrative that the party has been deserted by all leaders and parties. In Uttar Pradesh, Mulayam still is a tall leader with the ability to sway votes and voters. His saying that Modi tried to take every one along at a time when many leaders accuse Modi of being a dictator thus adds to Modi’s tally in the perception battle. Mulayam said he wanted to congratulate the Prime Minister. Mr Prime Minister you took everyone along. It is true that whenever I met you and asked for something, you ordered it immediately. I respect you. I respect the fact that you tried to take everyone along, the senior SP leader said. Mulayam Singh’s remarks in Parliament would help Narendra Modi greatly in the perception battle. Mulayam’s statement is in sharp contrast to leaders who have been accusing Modi and his government of being obstructionist.