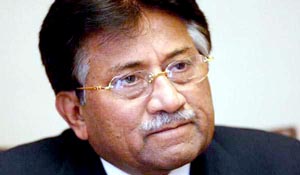 Islamabad, General (retd) Pervez Musharraf, the chief of the All Pakistan Muslim League (APML), is unlikely to return to Pakistan on Thursday as directed by the Supreme Court of Pakistan, Geo News reported, citing a party official. In a turnabout statement made five hours after the initial claim of Musharraf returning to Pakistan anytime during the next 24 hours, APML Secretary-General Dr Amjad cited "difficulties in purchasing tickets back home" as the reason for low odds of the former military chief returning to the country. The ex-president's passport, on the other hand, was still blocked as of reporting time, making his return today unlikelier.Musharraf was trying to get new dates from the courts, Dr Amjad added. Earlier, on Wednesday night, the party's secretary-general had said the APML leader's travel preparations were in the final stage. "We are reviewing the flight schedules," he said. Dr Amjad had asserted that Musharraf could land in Pakistan anytime through a direct or indirect flight. Previously, the same day, the Supreme Court had heard a case filed by Musharraf in 2015 against the rejection of his nomination papers in the 2013 general elections, at its Lahore Registry. Chief Justice Mian Saqib Nisar ordered the former president to return to the country by 2 PM on Thursday. "The verdict will be announced in compliance with the law upon Musharraf's failure to follow the orders," he remarked. The apex court noted that it was not bound to comply with any conditions set forth by Musharraf. "Musharraf was assured he would get protection but we are not bound to issue a written assurance to him," observed Chief Justice Nisar. The Supreme Court, on June 7, had ordered the former president to appear before it and assured he would not be arrested upon appearance. Chief Justice Nisar had remarked that the apex court would pass an order ensuring authorities to not arrest Musharraf before his appearance in court. "He [Musharraf] should come [to the court] if he is a commando. Like politicians, he should not keep claiming he will return." The chief justice had further observed that the scrutiny of Musharraf's nomination papers for the upcoming General Election 2018 would not be allowed if he failed to return to Pakistan.