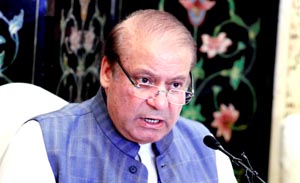 Islamabad, Former Prime Minister and Pakistan Muslim League-Nawaz (PML-N) supremo Nawaz Sharif on Friday asserted that ex-president Pervez Musharraf will not be spared in treason case. In an informal conversation with journalists outside accountability court, Sharif maintained the trial will be completed indisputably, if not today then tomorrow or in the coming future, said a Dunya News report. “Musharraf can be brought back for inclusion in PTI but no law can bar him from undergoing trial. One day this case has to conclude,” declared the former premier. “Musharraf had raised his fist after addressing Parliament. Where is that action now? Now he has gone abroad,” he criticised. While bashing Imran Khan, Nawaz said, “Imran Khan is licking after spitting. He took full benefit of the privileges of that parliament whom he had cursed earlier.” Talking about caretaker prime minister, Sharif said that the matter will be shifted to the parliament if no consensus is made between the opposition and government.