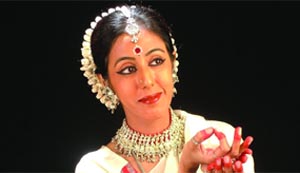 Chronicle Reporter, Bhopal Film screening, seminars and poetic symposium were the highlights of the Niramaya Festival on the seventh day at Bharat Bhavan. The day began with a seminar. In the morning session, Odissi dancer Bindu Juneja conducted the first seminar. She expressed her views on dance therapy. She said that music and dance share a very close relationship with one’s mental and physical health. Bindu further stressed on fitness of mind and body through dance. She said that there are few steps in classical dance form which actually relives a person from stress. Later, Pandit Kiran Deshpande talked about Music Therapy. He said that through music mind and soul find peace. He further said that music relaxes the body, mind and soul, through music one releases all the negative vibes from the mind and body and hence, it heals every kind of disease. He also gave examples of music therapies that are conducted across the world. A movie ‘A Beautiful Mind’ was later screened. It is a 2001 American biographical drama film based on the life of John Nash, a Nobel Laureate in Economics. The film was directed by Ron Howard, from a screenplay written by Akiva Goldsman. It was inspired by a bestselling, Pulitzer Prize-nominated 1998 book of the same name by Sylvia Nasar. The film stars Russell Crowe, along with Ed Harris, Jennifer Connelly, Paul Bettany, Adam Goldberg, Judd Hirsch, Josh Lucas, Anthony Rapp, and Christopher Plummer in supporting roles. The story begins in Nash’s days as a graduate student at Princeton University. Early in the film, Nash begins to develop paranoid schizophrenia and endures delusional episodes while painfully watching the loss and burden his condition brings on wife Alicia and friends. Later, in the evening a meet of the poets was organized. Poets like Ashtrabhuja Shukla, Ashutosh Dubey, Premranjan Animesh, Jitendra Shrivastava, Manoj Kumar Jha, Sangeeta Gundecha and others recited their soulful poems.